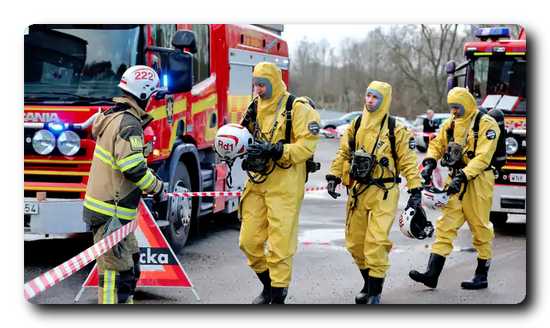 "We are looking into what happened with the correct equipment, to see what form of chemicals have leaked from a machine says Peter Gustafsson from the Fire Department."

The papermill has now been evacuated and two people have been treated for chemical effects by ambulance personnel also on scene.

- Right now, a cleanup is underway. Preliminary is was a mix of two different chemicals that were labeled incorrectly. Then it became a chemical reaction. An estimated 50 liters has been leaked, he says.

More in this category: « Artificial intelligence develops Swedish forestry industry in new collaboration Chatbots and Augmented Reality are the future (present) of industrial maintenance »
back to top