Iggesund Paperboard is expanding its services for Eastern Europe by establishing a new freight terminal in Riga, Latvia, and a sales office in Moscow to boost Russian sales. The newly established units are a step forward in Iggesund’s long-term plan to cultivate its delivery services on a global scale. 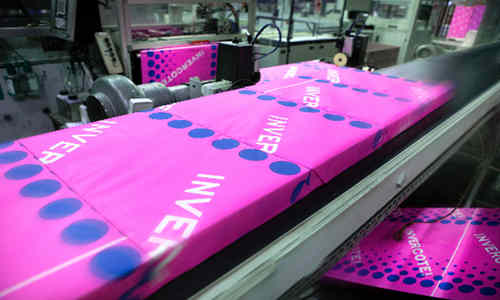 “We need to be near the customer both in terms of deliveries and other services required by today’s customers,” says Rikard Papp, Director Asia Pacific & Merchants Europe at Iggesund.

Due to Iggesund’s interest in the Russian markets, the company will, for the second time, be taking part in the RosUpack exhibition in Moscow.

“The intense interest we met with last year convinced us that we should establish a sales office for the Russian market. It is a major market that definitely has room for a high-end product like Invercote,” says Rikard Papp.

Iggesund’s service offering is not just about deliveries. The newly launched Care by Iggesund is a comprehensive and improved service concept. Steady lead times are the main goal, but everything from fast sample service and knowledge transfer to local technical support and transparent raw material supply are also part of the package.

“We don’t want customers who choose Invercote to just sleep well at night. They can also rest assured that the end result will be dazzling,” Rikard Papp says.

Iggesund Paperboard’s terminal in Riga has been operational since April and the sales office in Russia will be inaugurated in July.

Caption: “Russia is a hugely promising major market that definitely has room for a high-end product like Invercote,” says Rikard Papp. ©Iggesund

Iggesund Paperboard is part of the Swedish forest industry group Holmen, one of the world’s 100 most sustainable companies listed on the United Nations Global Compact Index. Iggesund’s turnover is just over €500 million and its flagship product Invercote is sold in more than 100 countries. The company has two brand families, Invercote and Incada, both positioned at the high end of their respective segments. Since 2010 Iggesund has invested more than €380 million to increase its energy efficiency and reduce the fossil emissions from its production.

Iggesund and the Holmen Group report all their fossil carbon emissions to the Carbon Disclosure Project. The environmental data form an integral part of an annual report that complies with the Global Reporting Initiative’s highest level of sustainability reporting. Iggesund was founded as an iron mill in 1685, but has been making paperboard for more than 50 years. The two mills, in northern Sweden and northern England employ 1500 people.

Staffan Sjöberg
Public Relations Manager
This email address is being protected from spambots. You need JavaScript enabled to view it.

More in this category: « Berberich Papier and Papier Union agree a regional logistics partnership Added value on board: Siemens brings its Integrated Drive Systems roadshow to the UK »
back to top