When Iggesund Paperboard’s Workington Mill in Cumbria, UK, took the decision to invest in a bio mass boiler in order to switch its energy sourcing from fossil fuels to biomass, they immediately started to plan for the future needs of fuel. One project, Grow Your Income, was to engage and interest local farmers to start growing willow to be delivered as biomass to the mill. The programme has been well received and is growing.

Some of the benefits for local farmers in Cumbria & the borders include a secure, long term regular income, increased farm biodiversity and provides land protection, e.g. soil erosion and management of environmental pollution such as excess run-off. SRC willow crop can even give bees a good source of pollen early on in the season. SRC willow crop can help farmers realise diversification by providing an additional good and reliable source of income on part of their land, thereby improving profitability and enabling sustainable supply of food when world market affects food income.

Working with farmers and land owners is the task of Neil Watkins, Alternative Fuels Manager at Iggesund Paperboard’s mill in Workington, England. The mill produces Incada, a high quality folding box board, FBB.

“We have to appreciate that this takes time and involves major decisions,” he explains, summing up the four years he has worked with the project so far. “Investing in energy crops is a twenty-year commitment so of course people want to feel they are doing the right thing. Interest is growing and the number of farmers planting new SRC Willow crops is increasing each year, especially since SRC Willow energy crops offer the farmer a way to diversify without taking on much risk.” 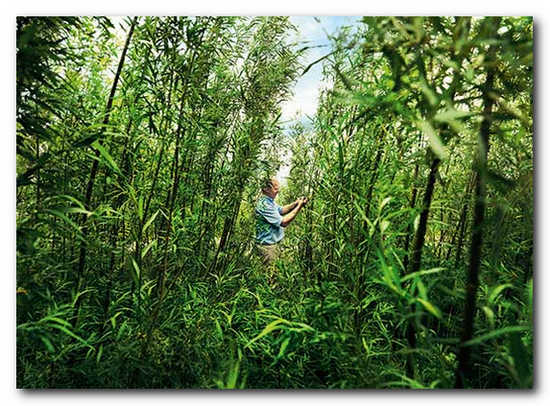 So far the mill received over 26 000 Tonnes of Willow chip added in to the fuel mix, which is much more willow than was expected early on in the project. It also has a growing list of farmers and landowners who are planning to plant willow within the Grow Your Income programme this year and in 2017.

“And that only involves a small fraction of the planted areas we’ve helped to create, because it takes three years to reach the first harvest,” says Managing Director Ulf Löfgren, who helped to initiate the whole project. “From 2016 onwards we’re expecting more volumes but we’ve already received more biomass from energy crops than we expected.”

The project was launched due to a dramatic shift in the energy supply of Iggesund’s paperboard mill in Workington. The company invested 108 million pounds to build a new biomass-fuelled CHP plant, which went online March 2013. Overnight the mill’s fossil carbon emissions were reduced to zero. At the same time the mill’s need for pure biomass went up by 500,000 tonnes a year.

The mill had already secured a sufficient biomass supply for the next several years but wanted to plan for the long term. Iggesund saw the opportunity to develop a new source of biomass in SRC energy crops. In its structure plan for Cumbria the UK environment department, DEFRA, has singled out parts of the county as being highly suitable for growing such crops. “The willow plants that we recommend are also very suitable to wetter unproductive ground, so they do not compete with food production,” Neil Watkins says.

Previous energy crop projects in Cumbria have failed due to their unpredictable harvesting costs. Biomass prices have been good but the costs of harvesting and transporting the crop to the customer have more or less erased farmers’ profits.

This was where Iggesund Workington saw new possibilities. The company already has its own forestry harvesting service plus an extensive timber transport network throughout northern England and southern Scotland. Iggesund is also part of the Holmen Group, one of Sweden’s biggest forest owners. So both the knowledge and resources for the harvesting of forest raw materials were readily available.

On this basis the company developed an offer to farmers. Iggesund takes responsibility both for the harvesting costs and for transporting the crop, while also guaranteeing farmers a return on their investment, which is index linked during the contract period, currently 22 years. 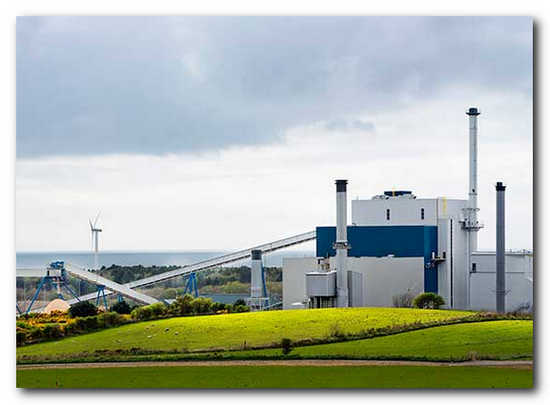 “We provide advice, financial support for the change-over, and a harvesting and transport service – all based on long-term contracts,” Watkins explains. “Our offer – which we’ve named ‘Grow Your Income’ – is a particularly attractive solution for older farmers interested in less work-intensive crops.”

Iggesund Paperboard has been one of Workington’s biggest employers since the end of the 1980s. Since the turn of the millennium the company has invested almost 200 million pounds to develop its paperboard manufacturing process. Three years ago Iggesund made one of its smaller investments over the years – it planted an energy crop on the ten hectares of land surrounding the mill. The crop will be harvested for the first time in the winter of 2016.

“We’re keen to show people that we believe in growing energy crops and we also want a demonstration facility so we can show visitors exactly how it’s done,” Watkins concludes. “And we’re counting on making a profit from it, too.”

More in this category: « Sun and wind instead of gas EARTH DAY 2022 - A climate case for wood, pulp and paper »
back to top