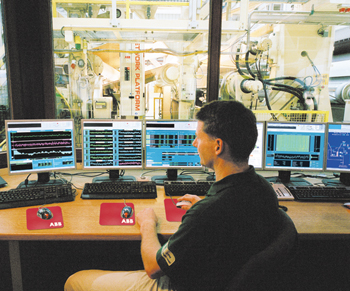 Founded in 1927, KEMA is a global provider of business and technical consulting, operational support, measurement and inspection, testing and certification for the energy and utility industry. KEMA’s Protocol Competence and Test Center is the leading certification organization for IEC protocols, and is the first independent test organization authorized by UCA (Utility Communications Architecture) International Users Group to perform the official IEC 61850 conformance tests and issue certificates.

This certification assures that System 800xA’s AC 800M controller is in full compliance with the global IEC 61850 standard for electrical devices.  ABB has been delivering integrated process and power automation systems for many years, and has been active in the development IEC 61850, which ensures global consistency and interoperability of industrial electrical system components.

The IEC 61850 standard, along with other emerging technologies, has lowered the investment barrier for customers to integrate the process and power devices on their plant floors. The demand for integrated process and power automation is growing in traditional markets that are heavy energy users, such as Oil and Gas, Power Generation, Pulp and Paper, Minerals and Metals industries.

By integrating power and process systems on the common 800xA platform, customers optimize the design and performance of their electrical and automation systems and see additional benefits in reduced maintenance, engineering and overall lifecycle costs.  According to ARC, typical savings can result in a 20% reduction in CAPEX (capital expenditures) and OPEX (operating expenditures) by integrating these two, usually separate, automation infrastructures.

ABB’s groundbreaking extended automation System 800xA has improved industrial productivity, safety, and operational profitability for customers in virtually every industry and every region, from process industries such as oil and gas, petrochemicals, pulp and paper, cement, and mining to traditional electric and water utilities to alternative energy production such as solar, waste-to-energy and bioethanol. For more information, please visit http://www.abb.com/controlsystems.

More in this category: « Kelheim Fibres present Viscose specialities with added functionality at INDEX M-real Kemiart Forerunner Award for innovation in corrugated brand packaging granted to Red Bull and TFP-Grafika »
back to top